During the twentieth century, the British and Australian Governments entered into agreements for the migration of children to Australia.

As a result of the child migration agreements between the British and Australian Governments, many thousands of children were shipped to Australia in the period following World War II. These children were sent away with the expectation that they would never return, to start new lives in a foreign land, always without their families and often in harsh, understaffed institutions. 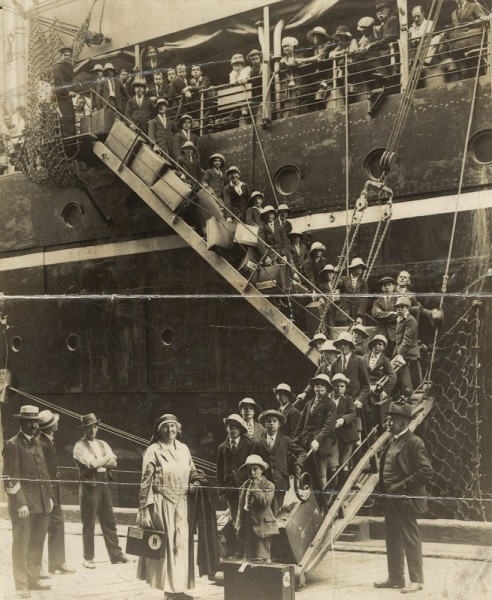 A Barnardos Party of Child Migrants disembarking from the SS Largs Bay in Sydney, 1924. Photo courtesy of and © Barnardos.

In 2001 the Australian Senate released Lost Innocents: Righting the Record – a Report on Child Migration. The Report notes that “While some child migrants have made positive comments about their time in institutional care, many others can only recall childhoods of loneliness, great hardship and privations. While under the custodianship of receiving agencies, there was a complete disregard for the needs, the safety and wellbeing of many child migrants… "

The report illustrates the consequences of emotional deprivation and abuse in childhood, and the struggle such children face as adults to cope and to live fruitful and constructive lives.

In 2009, then Prime Minister Kevin Rudd delivered an Apology to the more than 500,000 people who as children were placed in care in an orphanage, home, or other form of out-of-home care during the last century, acknowledging the neglect and abuse many experienced during their time in ‘care’.